Can Anduin be Saved? 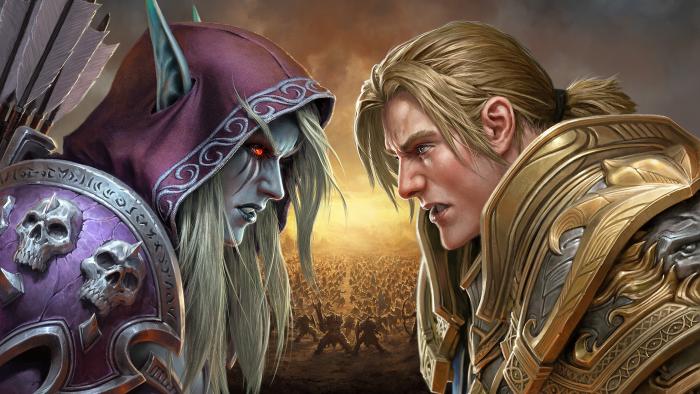 We watched Sylvanas taunt Anduin and work to mold him into a weapon for the Jailer to use. Anduin resisted and fought her every step of the way. I don’t think he realized, her “choice” was never much of a choice. It was always “You can have free will, as long as you serve me.” Up until now, she’s never been much of a servant to anyone.

Anduin transformed into someone who reminds me of Arthas. My first thought in the 9.1 reveals was “Arthas???” I think even Uther sensed it, a piece of Anduin’s soul appears to be gone. he sports a Mourneblade. We’ve watched this young man grow into someone miraculously and pure. What has happened lately to him is heartbreaking and tear-jerking.

After we watch Anduin in the reveal of 9.1, we may see him come through for a brief moment. Then he converts back to what Sylvanas turned him into. At some point, you see where she may even have a look of regret on her face about what she did to him. The question is, Can we save him?

Jaina seems to exhibit some form of hope that we can save Anduin. Jaina has watched Anduin grow up & has been called Aunt by him. This reflects how close they are, of course, she wants to try to save him, along with many others. Anduin was supposed to be our beacon of hope, now he is a weapon of destruction.

In the most recent cinematic, we watch Sylvanas get a change of heart and try to kill the Jailer herself, of course, she fails. The Jailer took Anduin with him, of course, Anduin went on his own free will but we saw him drop the compass which was his father’s. This could mean a few different things, one being the shedding of his humanity and who he was.

Is He Still There?

As we soon discovered, there was a piece of humanity left in Arthas. He just was so far gone, the question is how far gone is Anduin. Currently, he is the jailer’s servant by Sylvanas’s own hand. This is not just the simple “I’m going to do it so they don’t kill me” attitude of his, it is an “I have no choice. They are dominating and controlling me.” He is the weapon of destruction created to strike fear into the hearts of Azeroth.

We have a few options to save him, we don’t really know what happened to Sylvanas after the Jailer did whatever he did to her. She is likely captured by the Alliance and The Horde to answer for her crimes. She may even have the answer, after all, she created Anduin how he is now, so maybe she knows how to save him. Another way, I think once we defeat the Jailer we may save Anduin and all he’s done would revert back to normal.

The overall answer on whether or not Anduin can be saved lies with Blizzard. We can only speculate, personally, myself I think while it might be hard it’s not impossible. I also believe that this may become a redemption arc for Sylvanas, but that’s an article for another day. What do you think? How do you think this can happen? Let us know in the comments below, we’d love to hear from you.