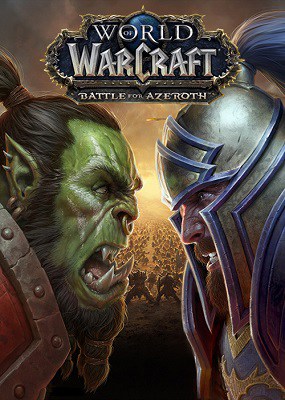 With the announcement of Dragonflight, we figure it might be fitting to discuss the previous wow expansions prior to Shadowlands. Shadowlands is the one we are currently in right now. World of Warcraft originally released in 2004 and has continued to the path of success it remains on today.

There have been plenty of ups and downs in the game, and Blizzard has made some crucial mistakes that nearly cost them the game. Now on the path to redemption, it would seem that Blizzard is ready to take wow to the next era with 10.0 looming around the corner. Let’s revisit some of the previous expansions.

There have been eight expansions so far, about to be a ninth. You can create a character avatar and explore the world using either a third-person or first-person view.

Burning Crusade was the first expansion to release in 2007. On release day alone it sold 2.4 million copies and became the fastest-selling PC game at that point. Within the first month of release 3.53 million copies were sold. This includes 1.9 million in North America, 1.6 million in Europe, and over 100,000 copies in Australia.

Wrath of The Lich King

The second expansion was released in 2008. In this expansion, you go to defeat The Lich King and finish Arthas’s story from Warcraft III: The Frozen Throne. Here you venture to Northrend and foil the Lich King’s plans. You gain a new level cap while you are at it as well and get to become a death knight.

The third expansion was released in 2010. You were able to level up to 85 from the previous 80. There was an entire continent redesign of some of the previous zones like Kalimdor and Eastern Kingdom. This would include some new areas you could visit as well. You even have some new races as well as some race/class combos.

The fourth expansion brought a higher level to 90. It also introduced the Pandaren race, and monk class, including the battle pet system which was introduced. The talent system was changed in the process, which is a change many players did not favor to this day you hear talks about the old nostalgic talent tree.

This is the 5th expansion to WoW. Announced on November 8, 2013, and released a year later on November 13, 2014. Raising the existing level cap from 90 to 100 and introducing garrisons, that some players did not like but others did. Player models were even updated which increased the system requirements of the game.

Legion introduced Demon Hunters, increasing the level cap to 110 as well as giving players a new area. The Demon Hunters would become the second hero class the game would see. Illidan Stormrage even received a redemption story as he became an important part of Legions story and lore.

Battle for Azeroth is currently the last expansion that was released, which is the 7th. They gave allied races that we could unlock and it really shook things up storywise. You were able to level up to 120 in this expansion as well, and they have ever since made it so we can now have all of our characters on one server.

There seems to be quite the debate as to which expansion is best, however, according to the Guinness Book of World Records, the best-selling PC expansion pack was World of Warcraft: The Burning Crusade with 2,700,000 copies sold. Though this does not mean players don’t have their own opinion. What are your thoughts? Which expansion pack is your favorite to play and why?