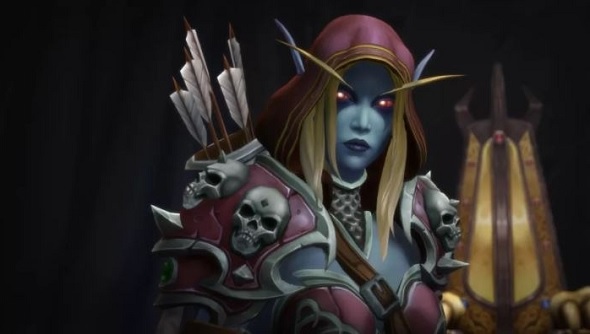 There are plenty of antagonists in World of Warcraft, both male and female.

Today, we focus on the females, but in the future will be sure to release one on male antagonists so the guys are not left out either.

Both men and women can be very powerful in the game. From Legion to now, we have seen Sylvanas grow and have watched her every move. She has burned down the World Tree and many other things also defeating the current Lich King. As such, in honor of Shadowland’s pending release and the primary antagonist being Sylvanas, I felt this would be a fun read for you all.

No article talking about female antagonists would be complete without including Sylvanas in it. Sylvanas became the Warchief in Legion after we lost Vol’jin. She was once twisted to Arthas’ will and broke free, only to later return and defeat the current Lich King, Bolvar. Destroying the helm of domination, she has also ripped into the veil between life and death. It has already been revealed in Shadowlands, she will be an antagonist. She is actually the pawn of the main antagonist.

Once, a beautiful queen of the night elves, she made a pact with the Old God, N’Zoth. This pact would save her people and she would be able to rule them. She became the queen of the Naga that day and now rules Nazjatar. Her people and herself were saved, but at what cost?

Lady Vashj was once a beautiful chief of handmaidens for Queen Azshara. She was born in the city of Vashj’ir, daughter of a high leader and matron. She became one of the serpentine naga when Azshara and her followers were sent to the sea during the Great Sundering. When she was killed by the adventurers of Outland, her last breath was an apology to her master.

The female antagonists all portray strong beautiful women. They each have a tragic story of their own, shaping them into who or what they are today whether it be a betrayal of love or the loss of life. Some even made a deal for more power, whatever the reason they are not to be messed with.